Klara Ravat (BCN/NL) works with video, film, photography, and performance. She uses analogue and digital film, not wanting to choose for one or the other. She is currently looking for ways to combine video and film with the sense of smell.

Nenad Popov is a media anarchist whose interests lie in, or better, between art and plain research. The output of these processes are live cinema pieces, sound installations, film installations, weird sound making contraptions, impossible collaborations and occasional parasitism on public cultural funds.

Not just that: huge amount of written code, public and private, interfacing this with that, embodied algorithms, alleged bar fights, organizing workshops and giving classes.
He has collaborated with many artists working in similar fields, such as Daan Brinkmann, Electronic Opera, Thomas KÃ¶ner and Lillevan/Rechenzentrum. Solo performances include Dis- Patch, TodaysArt, E-Pulse and Share.

His latest research topics are possibilities of collaborating with non-human entities. 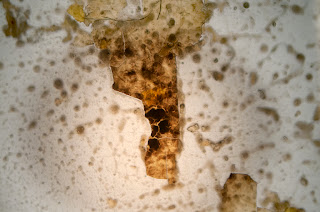 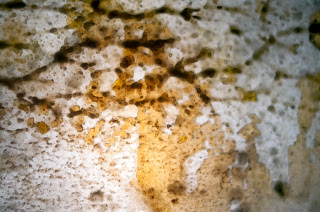 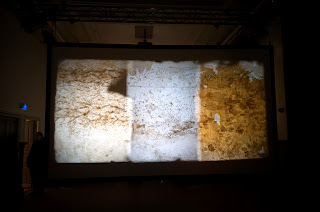 
We are very happy to announce that Eucariotic Punk will be at the next edition of Sonic Acts Festival "THE DARK UNIVERSE". 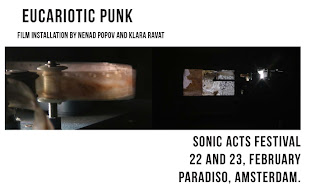 
Research in the contemporary cultural scene

Since process-based art became favorable in the contemporary cultural scene, research gained importance for many artists. Systematic investigations of the subject matter, tools, materials and media used to make an artwork, became a valid part of the creative undertaking. By adopting and adapting the language of research, the creative processes of art and design have become more accessible for people from other disciplines. Artists and scientists can better understand each other's motives and objectives. Designers and technologists share similar heuristics, where trial and error play an important part in both the technological and the artistic creation.
Research enables artists to operate in the interstitial spaces between artistic and scientific, grown and built, physical and digital worlds, allowing them to re-integrate otherwise disparate human knowledge and initiate joint endeavors. The future of contemporary art is in the hands of artists, who are interested not only in advancing their own fields, but sharing and applying their skills in new social and public contexts. Seeding the substance of everyday life with the playful, unexpected, inspiring or imaginary situations, with research as their compost.

Research at the Tactile Research Lab

At the Tactile Research Lab we consider research to be a creative endeavour targeted towards producing and sharing new knowledge. We will ask you to document results from the early beginnings of the process, so others can follow your tracks, be inspired, intrigued, informed, as well as avoid making the same mistakes. Documentation (in text, image, video, blog or any other media) is a crucial element of the process. As knowledge is produced along the way, not only at the end of the trajectory, the process and its documentation are necessarily a part of the 'creative work'. Research requires a slightly more disciplined process of creation, because instead of being judged on your final work, your whole process becomes 'the work'.
New knowledge can emerge in many different ways. e.g. from a comparative survey of existing knowledge, whereby you find new connections, or point at gaps that need further research. Or you can produce it by for example asking yourself an interesting question, finding that no one before you has managed to find an answer, think of different ways in which you could answer it, set up experiments, document them and make your results available (both positive and negative). Or you can plunge yourself into a situation, unsure of what you're looking for, look for patterns (of forms, behaviours, information…); once you found the most interesting patterns, you can do something with them (write up your findings, you can visualize them, make something to map, influence or change them, use them as inspiration for a design…). There are many methods that you can use to research something. However, it is the most interesting for everyone to come up with your own methodology for producing new knowledge.
.
Publicado por Umanuit en 5:51 No hay comentarios: